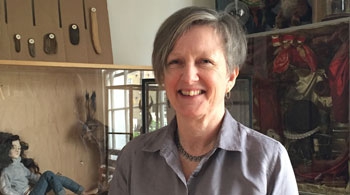 Joan is an artist/ filmmaker whose animated films explore women’s rights, meadow swimming, gothic fantasy and fertility. From 1994 to 2015, Joan headed up the internationally renowned Animation Department at the Royal College of Art, London. She lectures internationally on animation and visual writing.
Joan studied filmmaking at the NFTS and co-founded 3 Peach Animation where she directed the opening for Tim Burton's Batman 1 and many commercials. Through Seed Fold Films Joan directed How Mermaids Breed, 2002, Mushroom Thief, 2010, and Eggs Fish and Blood 1999. Joan’s current project is a documentary on Sylvia Pankhurst, suffragette and artist. 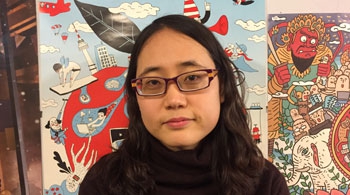 Yujin graduated from university with a Bachelor of Art in History and obtained her master degree of Business Administration in Cultural Studies in 2008. As a professional, Yujin has been invited as a committee member to several film festivals and regularly writes articles and reports. She has been the general manager of the Korean Independent Animation Filmmakers Association since 2007 and the director of the Indie-AniFest festival since 2017. Since 2010, she has been distributing independent Korean animation in the ‘AniSEED’ project. 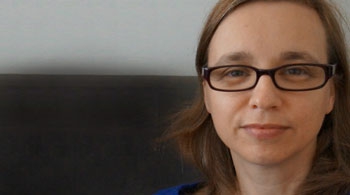 Andrea studied Mass Media and Communication Science with a special focus on film and was part of the 2014/15 class of the Friedl Kubelka School for Artistic Photography. She has been involved in the film industry since the 1990s as a publicist, curator, and publisher, amongst other things, and currently works as a free-lance scriptwriter.

She is also on the board of the feminist women’s network FC Gloria that promotes the artistic, economic, legal and cultural interests of women in the film industry.