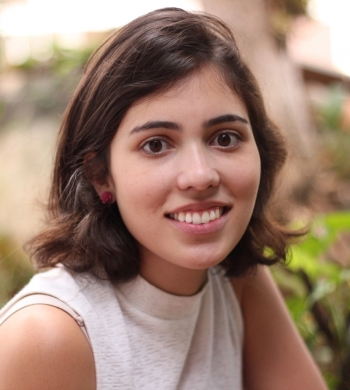 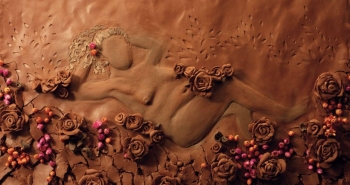 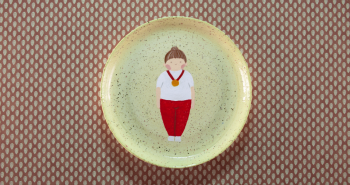 Camila Kater is a director, screenwriter, animator and educator from Sao Paulo, Brazil. She directed the animated documentary short CARNE (Brazil, Spain, 2019), which was qualified for the 2021 Academy Awards Oscar®, and was on the shortlist for the 2021 Goya Award. CARNE has received more than 90 awards worldwide.
Kater has a bachelor degree in Media Studies at State University of Campinas (Unicamp, Brazil), and in 2012 she was awarded with a one-year scholarship in Film and Television Production at Anglia Ruskin University (Cambridge, UK). Kater has recently received the 2021/2023 RE:ANIMA Animation Scholarship for the European Joint Master in Animation and she is now living and studying her Masters in the three host countries, Belgium, Portugal and Finland.

At Tricky Women/Tricky Realities 2020 Camila received the 3-month-scholarship to live and work at Q21/MQ under the Artist-in-Residence program for her film CARNE. She will be in Vienna from January to February 2022.

"During my residency at the Q21/MQ, I plan to develop my next animation project which relates to my scholar times in a Catholic Salesian School and my first communion when I was 9 years old. (...)
In regard to materials and techniques, they are usually very connected to my investigative and creative process. I prefer to let the story and the theme determine the plastic form of my animations. This discovery and experimentation throughout the materials and techniques are one of my deepest pleasures in animation and in my opinion, here is where the power of animation resides, in how to convey emotions and sensations from scratch through texture, colors, motion, sound, and beyond."

During her residency in Vienna Camila will also work on the Tricky Women/Tricky Realities festival trailer for 2023.