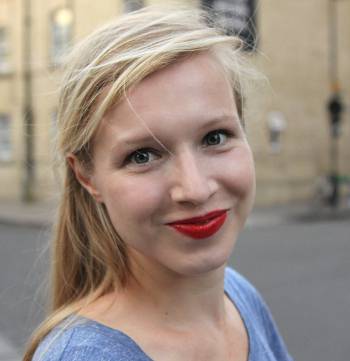 For her graduation film Pineapple Calamari she got the Award for the 3-month scholarship to live and work at Q21/MQ under the Artist-in-Residence-Program at Tricky Women 2015.

“During my stay in Vienna I would like to focus on creating a trailer for Tricky Woman 2017, creating an animatic, working on animation tests and designing a look for the short film I’m currently working at ( Sacculina carcini - working title) and on making a self-contained short animation.” (Kasia Nalewajka)